June 28, 2014 was the hottest day of the summer. The last townhome foundation had been poured for the Prairie Green Habitat for Humanity build project in Glen Ellyn Illinois. The project for the day was to go into the foundation trenches and to remove all the foundation forms and bracing and to stack the forms onto pallets at the street. Armed with hammers and work pouches, the QMI team of 10 set out to conquer the task-unfastening thousands of foundation ties/pins, pounding the forms from the newly poured walls, and then carrying the heavy, muddy, 3’x6’ wood and steel forms to the street. No breezes and sunny 95 degree temperatures didn’t slow the QMI team down; they dove into the muddy trenches to pound out the retaining pins to release the wall forms. The six men and four women team set to work releasing the foundation forms so the next build team could begin setting the floor and walls for three families deserving of these two-story townhomes. By lunch time, the QMI team was pretty tired; but the efforts had reduced the attached foundation forms by more than half. Without the bracing and forms, the foundation was beginning to reveal the three individual units that would soon be Habitat homes.

It certainly didn’t cool down after lunch, but there was still work to do. The forms felt heavier and QMI employees paired up to carry the forms from the back of the foundation all the way to the street onto pallets. Fortunately, the efforts paid off and by 2:30, the forms were all stripped and carried to the street. After some organizing of the forms by size, the work day was completed. The QMI team was tired, sore, cut, bruised, muddy, dirty, sweaty (smelly), and satisfied with their efforts.

The QMI team does want to help with a Habitat build day again next year, but they want a cooler day and something other than foundation form removal-possibly the most difficult Habitat task there is. QMI donated $2500 for the build cause and the 10 employees donated a Saturday day (and night since most went home and fell asleep until Sunday). 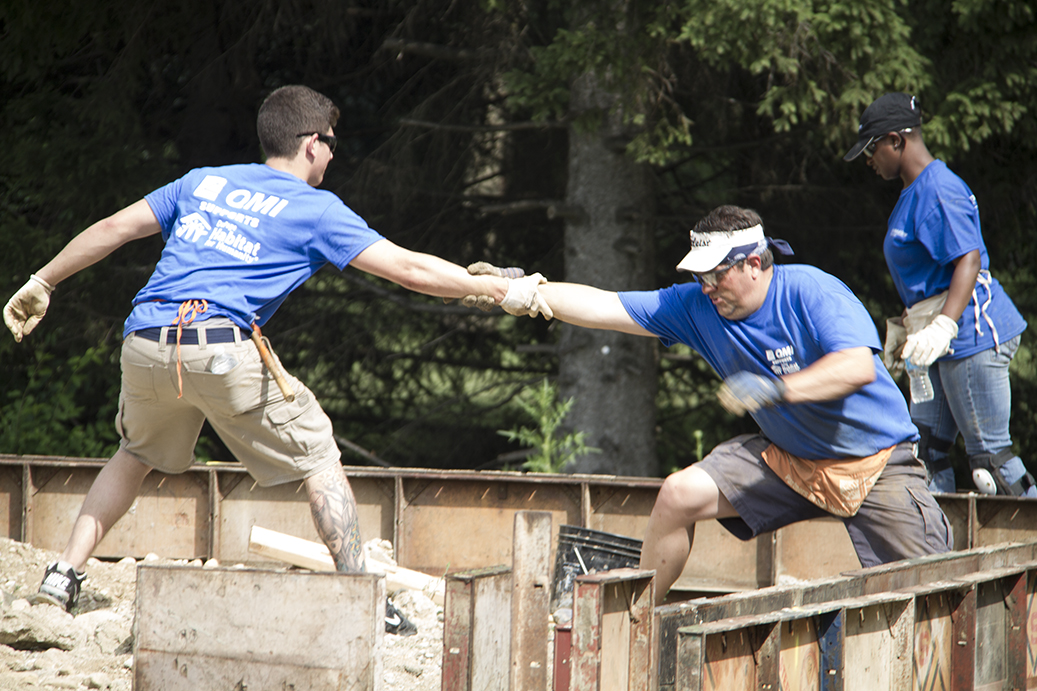 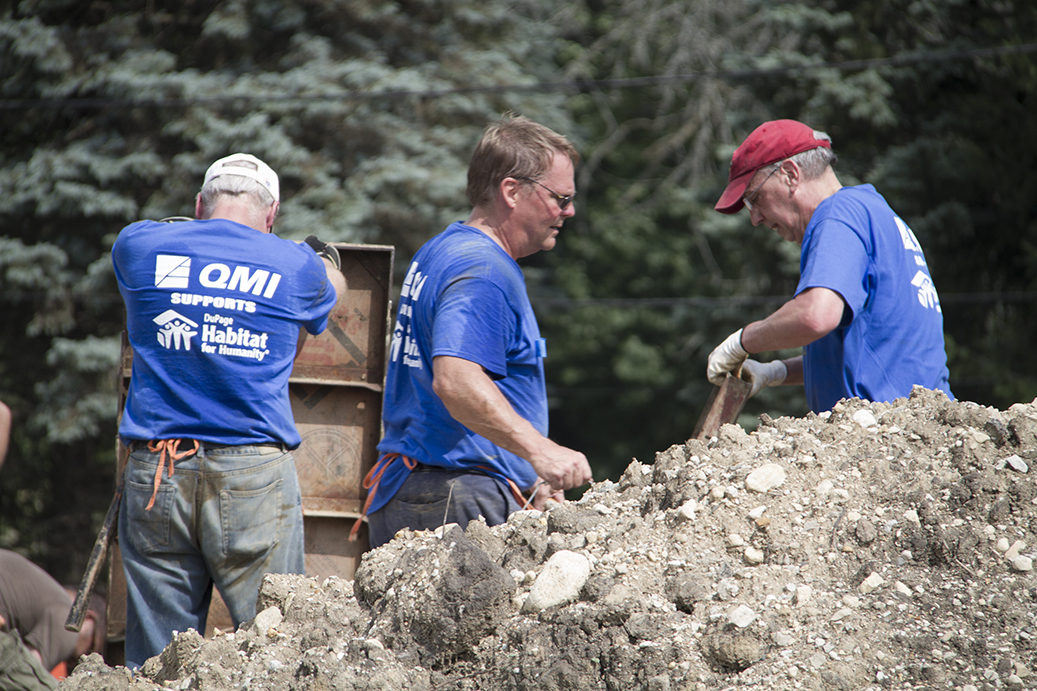 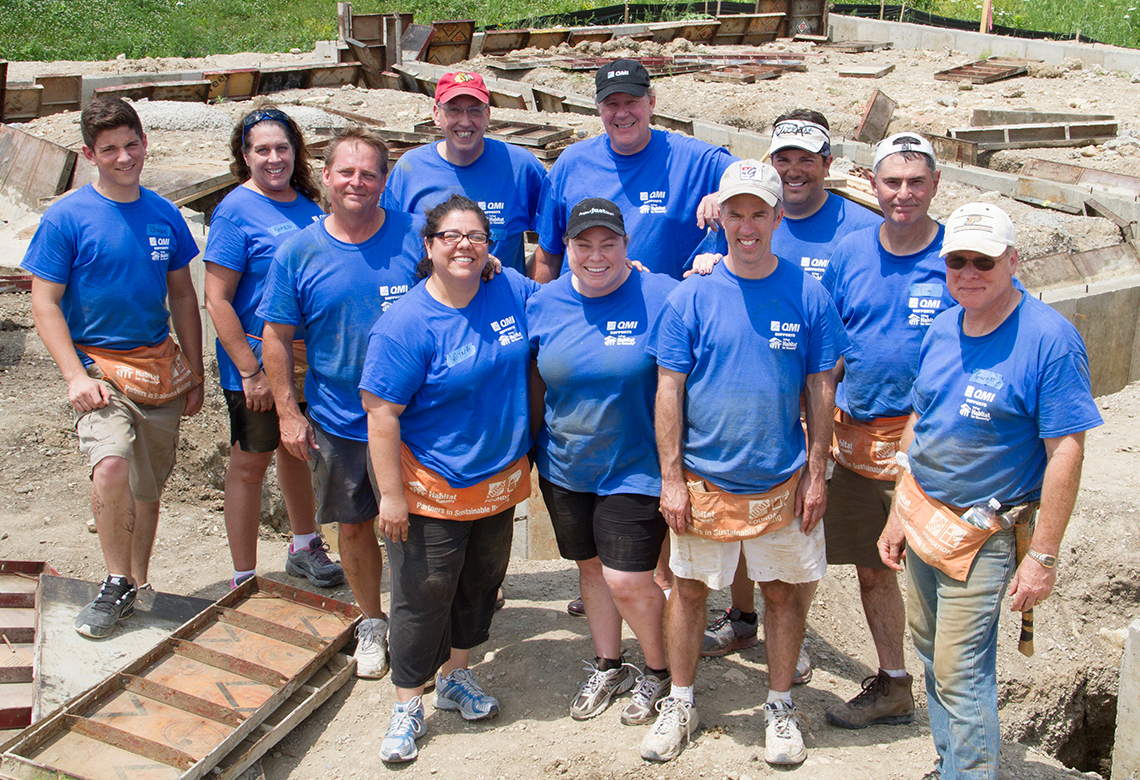