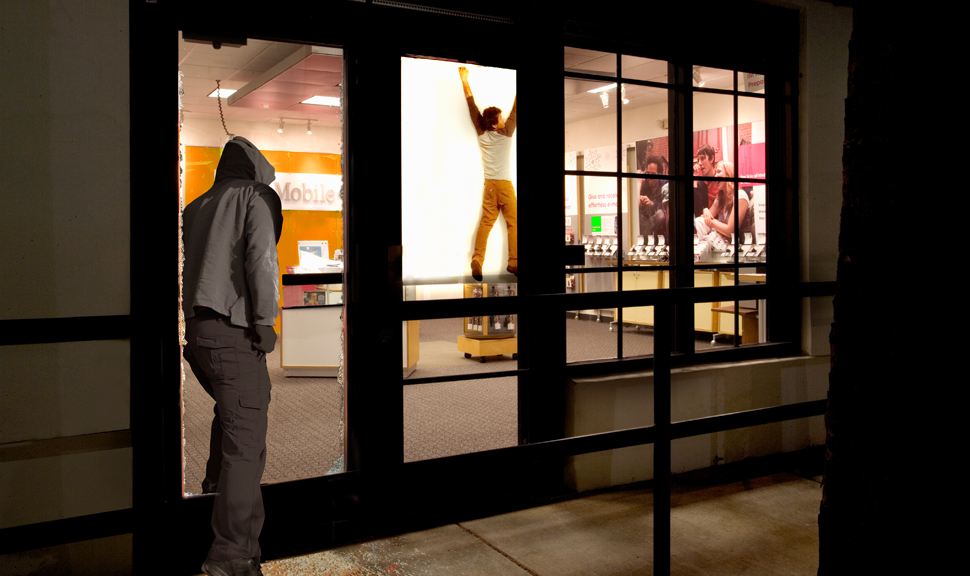 How can retailers be a smaller target for burglars?

One of QMI’s security shutter protected retailers found that break-in attempts dropped 70% when shutters were added to their storefronts. One of our retailers had 4 break-ins in their first six months of business and lost considerable merchandise. QMI installed shutters 11 months ago and they haven’t suffered even a burglary attempt since.Visit Preventing Retail Burglary.pdf for retailers who wish to learn more about protecting their investments. The article cites strengthening doors and windows with “grilles” (shutters). Following is an excerpt from that article:

“Like shoplifters, burglars tend to choose targets based on convenience or the desirability of goods located in the store. They are particularly interested in expensive items that are easily portable, such as electronics, liquor, cigarettes, designer clothing, or recorded music and video. The acronym “CRAVED” was created to highlight attributes of commonly stolen merchandise that make them vulnerable to theft. Stores with pharmacies are often targeted for burglaries of popular regulated drugs, such as OxyContin or Dalaudid, as well as those drugs with restricted sales, such as pseudoephedrine. Burglaries are not random phenomena, with both business size and the surrounding area’s crime rate playing some role in the probability of being burglarized. Small U.S. businesses, particularly in low-income urban areas, have the highest retail burglary crime rates. Stores that have been burgled once are at increased risk for repeat victimization. Twenty-four hour stores, with the constant presence of people, have the lowest risk of burglary.”

In its annual “Crime in the United States” publication, the U.S. Federal Bureau of Investigation estimates that in 2005 approximately 35 percent of burglaries were of non-residential buildings, which includes retail stores. Retail burglary, particularly repeat burglaries, present enormous costs to businesses – often leading businesses to lay off workers, increase prices, or even close stores entirely. Perhaps more discouraging to business owners and employees is that burglary cases typically go unsolved unless a burglar is apprehended at the crime scene. Without adequate evidence, burglaries have both the lowest arrest and clearance rates of all serious crimes reported to the FBI annually. ”

Since these burglars are rarely caught, these bandits tend to hit similar retailers in the area. One group of bandits entered the back door of a technology store in Texas, but could not get into the QMI shutter-protected inventory room and left. Three other (unprotected) technology stores in that town on the same night were emptied of valuable inventory.